This episode of Classic Wrestling Memories focuses on the rise of “Macho Man” Randy Savage to Main Event Status, and his feud with “Million Dollar Man” Ted Dibiase over the WWF Championship. The story of Savage turning babyface and allying with top hero Hulk Hogan can be considered the apex of the company’s national popularity during the “Rock and Wrestling” Era.

October 3rd, 1987 – Savage challenged Honky for the IC Title. Rumors over the years claim that Honky refused to drop the title to Savage. Whether this was true or not, it was one of the biggest angles at the time. During the match, Savage landed the Elbow, but Bret Hart ran in and broke the count. The Hart Foundation and Honky triple-teamed Savage until Elizabeth ran backstage and brought Hogan in to save the day.

The Set Up: Everybody Has A Price

December 1987 – Ted Dibiase boldly proclaimed that he will buy the WWF Heavyweight Championship from Hulk Hogan. Hogan considered this offer but then gives a resounding “Hell No”. If Dibiase wants the championship, he can win it in the ring like everybody else.

January 1988 – Dibiase, frustrated at not being able to purchase the championship, reveals to the world that the WWF Championship will still be delivered to him. He then introduced the man that will do it, Andre The Giant.

Act One: The Pin Heard Round The World

February 5th, 1988 – One of the most famous angles of all time, and also the most-watched wrestling match of all time in the US, saw Hulk Hogan lose the WWF Championship to Andre The Giant after a crooked referee made a bad count. The match scored a 15.2 rating and 33 million viewers. To put that into perspective, that’s like “America Idol in its prime” type numbers. In real life, WWE had quietly hired Earl Hebner, the twin brother of referee Dave Hebner. Earl had actually been working in the Carolina territories. Since this was 1988, long before the internet was commonplace, almost nobody knew who he was. In fact, Earl had been working for the Crocketts as late as the previous week. So Earl counted a pinfall for Andre, even though Hogan’s left shoulder was clearly up. Andre then immediately relinquished the belt to Dibiase. The plan had worked!

Fans were bewildered! A world without Hulk Hogan as the champion? Dave Meltzer wrote in the Wrestling Observer newsletter dated February 15th, “All I can say is that I hope whoever came up with that finish got a nice bonus in this week’s paycheck”.

What some fans may not know, Dibiase was billed as the WWF Champion for a few weeks.

Jack Tunney made the decision a few weeks later to vacate the WWF Championship since none of the three major players had a valid claim to the title. He then declared a new champion would be crowned at WrestleMania IV in a 14-man tournament. Hogan and Andre drew automatic byes into the second round due to them both being former champions.

Andre’s mission this time around wasn’t to win the tournament, but to ensure Hogan did not advance. Andre accomplished this by causing the match to end in a double-disqualification. This also caused Dibiase to draw a bye into the finals. Savage was not so lucky. He had to defeat three opponents to secure his spot in the finals. In the end, Hogan stood in Savage’s corner to keep Andre at bay so Savage could finally pin Dibiase to win the title.

Act Three: The Mega Powers vs. The Megabucks

The next several months saw Savage defend the title on the house show circuit against Dibiase. Hogan took time off after four years on the road to be with his family for the birth of his daughter Brooke. He also filmed No Holds Barred during this time. Then in August of 1988, Savage and Hogan headlined the inaugural SummerSlam event against Dibiase and Andre. Heel commentator Jesse “The Body” Ventura served as guest referee. Despite the obvious payoff of Ventura to be a biased referee, the babyfaces secured the win to end the feud. 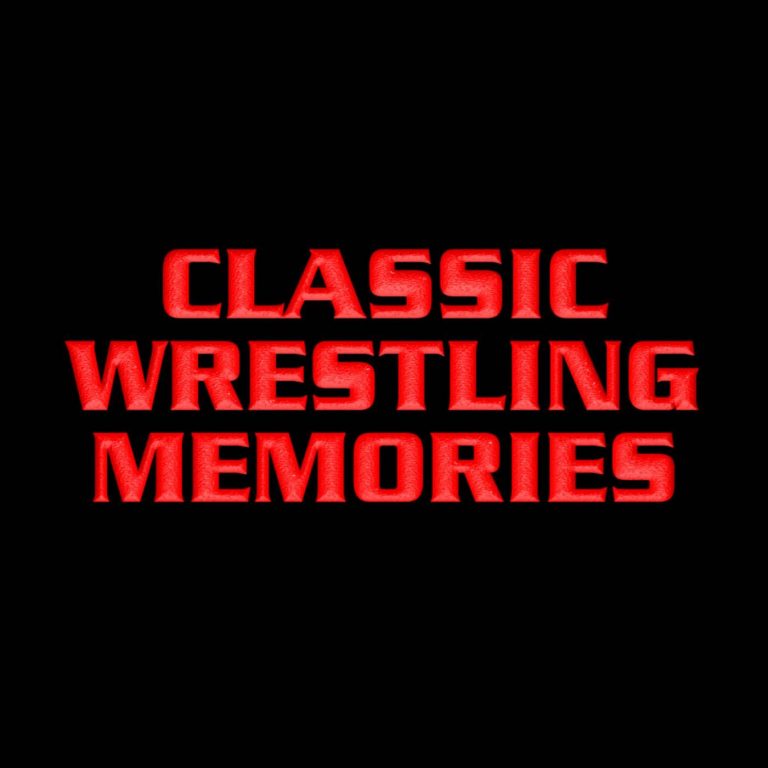 For the old-school wrestling fam

Since it’s Halloween season, it’s time to do the annual episode devoted to WCW Halloween Havoc.

The entire wrestling business was in a bit of a transitional phase. Ted Turner had bought out The Crockett in 1988 so this was the first full-fledged year under his ownership. It was also the year Ric Flair was pushed as the top babyface with no Horsemen backing him up due to Arn Anderson and Tully Blanchard signing with WWE. Plus, PPV was still a relatively new concept and wasn’t nearly as established as it became in the 1990s.

Flair was in his seventh reign as the NWA World Heavyweight Champion. He had successfully regained the title from Ricky Steamboat at WrestleWar. Terry Funk, fresh off a stint as an actor, made his return to wrestling that night and challenged Flair for the title. Flair declined, believing Funk had been away from wrestling too long to be considered a top challenger. This enraged Funk, who immediately attacked Flair and piledrove him through a table. This put Flair on the shelf for several weeks, but the two faced off at The Great American Bash with Flair beating Funk to retain the title.

Meanwhile, Keiji Mutoh, aka The Great Muta, was on an excursion to the United States. Muta was at this point undefeated and had beaten Sting for the NWA World Television Championship. The villainous Gary Hart became the manager for both Funk and Muta.

After Flair retained at the Great American Bash, Funk and Muta ambushed Flair. Sting ran out for the save and a wild brawl ensued. This solidified Flair and Sting as the top babyfaces and aligned them against Funk, Muta, and Hart.

Jim Cornette and The Midnight Express of Bobby Eaton and Stan Lane were turned babyface after being attacked by the original Midnight Express of Randy Rose and Dennis Condrey managed by Paul E. Dangerously. However, all three heels were either let go or fired soon afterwards and The Samoan SWAT Team (later The Headshrinkers in WWE) were brought in to take their place in the feud. Oliver Humperdink also joined WCW as The SST’s manager.

The Varsity Club of Mike Rotunda, Steve Williams, and Rick Steiner had disbanded with Williams and Steiner going babyface. Steiner had become infatuated with a “nerdy girl” in the audience. That turned out to be a ruse because the girl in question became Woman. She brought in a masked tag team called “Woman’s tag team of Doom”. Rick’s younger brother Scott joined the company to help him in the feud.

There were also several famous tag teams either starting out or entering their primes at this event.

The Fabulous Freebirds went through a change as Terry Gordy quit the team to go to Japan. Buddy Jack retired, leaving Michael Hayes without a partner. Longtime friend Jimmy Garvin then joined Hayes as a new incarnation of The Freebirds.

Johnny Ace and Shane Douglas formed the tag The Dynamic Dudes and given Jim Cornette as their manager.

The Skyscrapers formed because Sid Vicious and Dan Spivey were the last two men in a battle royal. Teddy Long (years before becoming the general manager of Smackdown) convinced them to team rather than face off.

Of course, the legendary Road Warriors were at their peak during this time.

Rounding out the talent on the card were Tommy Rich, who likely was brought in due to his history in Georgia, a young Brian Pillman, and Z-Man Tom Zenk who worked well as white meat babyface.

Under the Turner banner, WCW had the use of names and media licensed to TBS and TNT. Commercials aired on Turner programming with people like Elvira for the PPV.

Z-Man p. “Captain” Mike Rotunda after rolling through a bodypress – This was a few years before Rotunda re-joined WWE and got the IRS gimmick name.

The Samoan Swat Team & The Samoan Savage (w/Oliver Humperdink) b. “Dr. Death” Steve Williams and The Midnight Express (“Beautiful” Bobby Eaton & Stan Lane w/Jim Cornette) when Samu pinned Lane – Williams was the only one that had the toughness of the SST. Bobby had to rely on his mat technique and Stan had to use his educated feet. The finish saw Stan kick Samu and get a visual pin. Cornette hit Humperdink but then Samu hit Stan with a flying forearm from behind and Stan collided with Cornette. These days it would have just been a distraction and a roll-up.

The Fabulous Freebirds (Michael Hays & Jimmy Garvin) b. The Dynamic Dudes (Johnny Ace & Shane Douglas w/Jim Cornette) when Garvin pinned Douglas – The Dudes tried their finishing move The Wipeout but Hayes pulled Shane’s leg out from under him causing him to collapse and Garvin to reverse onto Ace.

Doom (w/Woman) b. The Steiner Bros. when Butch Reed pinned Rick with a headbutt -. Steiners had hit their suplex when Woman loaded Butch Reed’s mask and he headbutted Scott

US Champion “The Total Package” Lex Luger p. Brian Pillman with a Stun Gun – Pillman went for a top turnbuckle dropkick. Luger seemed to sell it even though Pillman missed by a mile. The announcers covered by saying Luger was ducking to avoid the dropkick. Luger then dropped Pillman’s neck on the top rope to get the pin.

The Road Warriors (Hawk & Animal w/Paul Ellering) b. The Skyscrapers (Sid Vicious & Dan Spivey w/Teddy Long) by DQ when Spivey hit Hawk with a heavy metal key – The Warriors looked to have the upper hand when the metal object was brought into play. The match fell apart afterward because a brawl broke out.

NWA World Heavyweight Champion Ric Flair & Sting b. Terry Funk & The Great Muta w/Gary Hart when Gary Hart dropped the towel – Bruno Sammartino served as the special guest referee. The only way to win the match was to have one team’s manager throw in the towel. Muta awesomely put out an unexpected fire by spitting his mist onto the flames. Even though the cage was said to be electrified, all the men still climbed around on it. Flair and Sting even swung around like Tarzan. Flair had Funk in the Figure Four while Sting delivered splashes on him. Gary Hart tried to get in the ring but was punched by Ole Anderson. This caused Hart to drop his towel. Bruno saw the towel on the mat and awarded the match to the babyfaces.